this is margin div 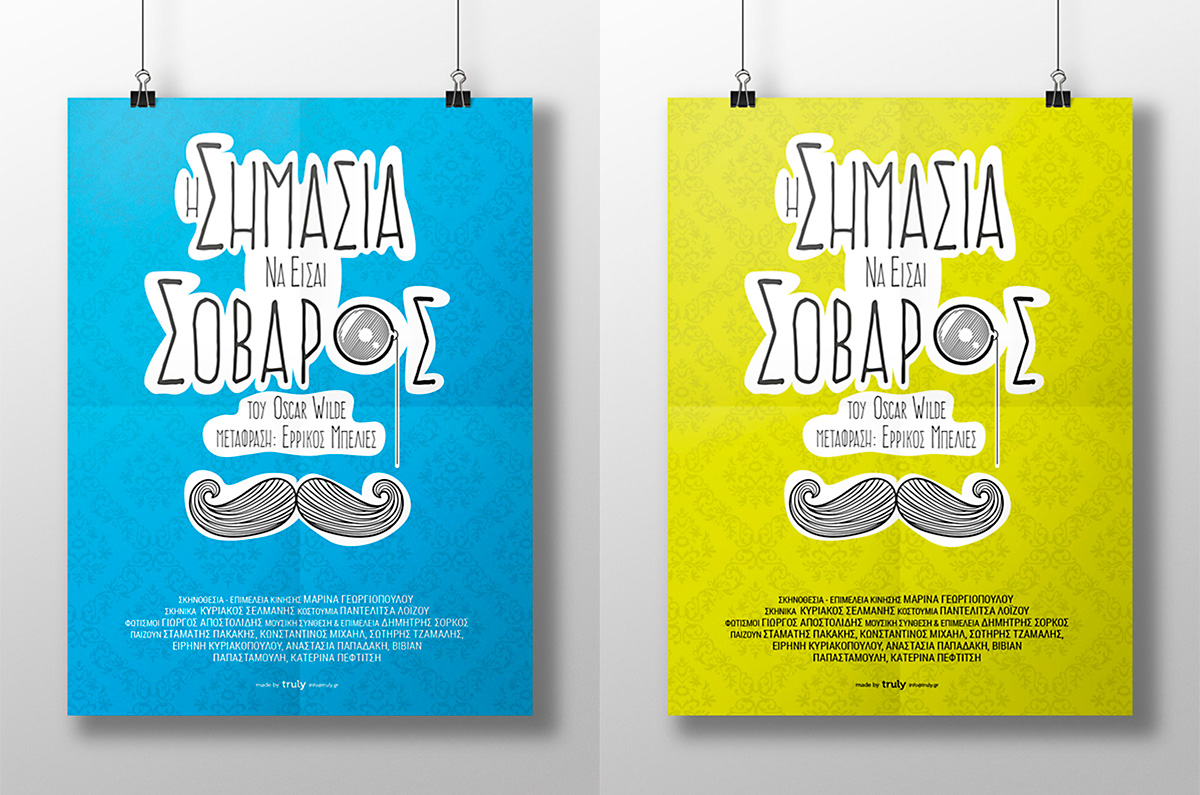 The Importance Of Being Earnest

These are poster variations for Oscar's Wilde theatrical play "the importance of being Earnest" in Greek. We used props like the moustache and monocle that delivered this concept of a typically serious male of that era (1895-1900) and imported them to the typography of the main title. As for the background we tried to mimic a victorian themed tapestry, in order to capture a another feature of the play's atmosphere.