this is margin div

Thanos & Lena electronic wedding invitation is inspired by old school 8-bit kind of computer games. The theme here is "The basplayer and ballerina". The music piece that is being heard is a 8-bit remake of a greek old classic song named "My girl's name is Lenio" (Lenio=Lena=Helen). If you pay attention all the information about the wedding is presented throughout the story! All the characters, props, backgrounds and music were designed, written and recorderd by Truly.

On the road to get married, Thanos confronts angry villains that lost their girls because the latter became groupies of the bass player.

In the second part Lena has to defeat these groupies in order to reach the church and get married to Thanos.

In the ending sequence the couple drives off to the after wedding party and the ending titles show up. 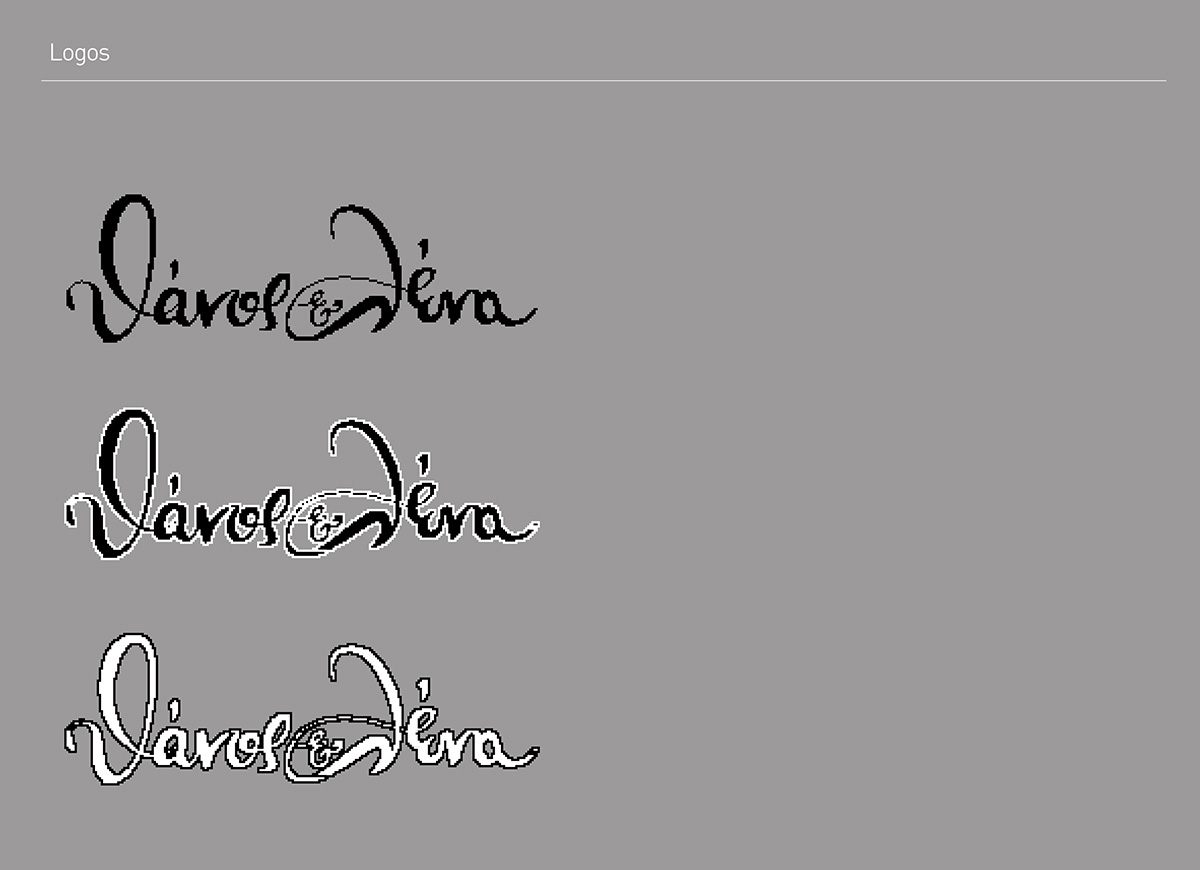 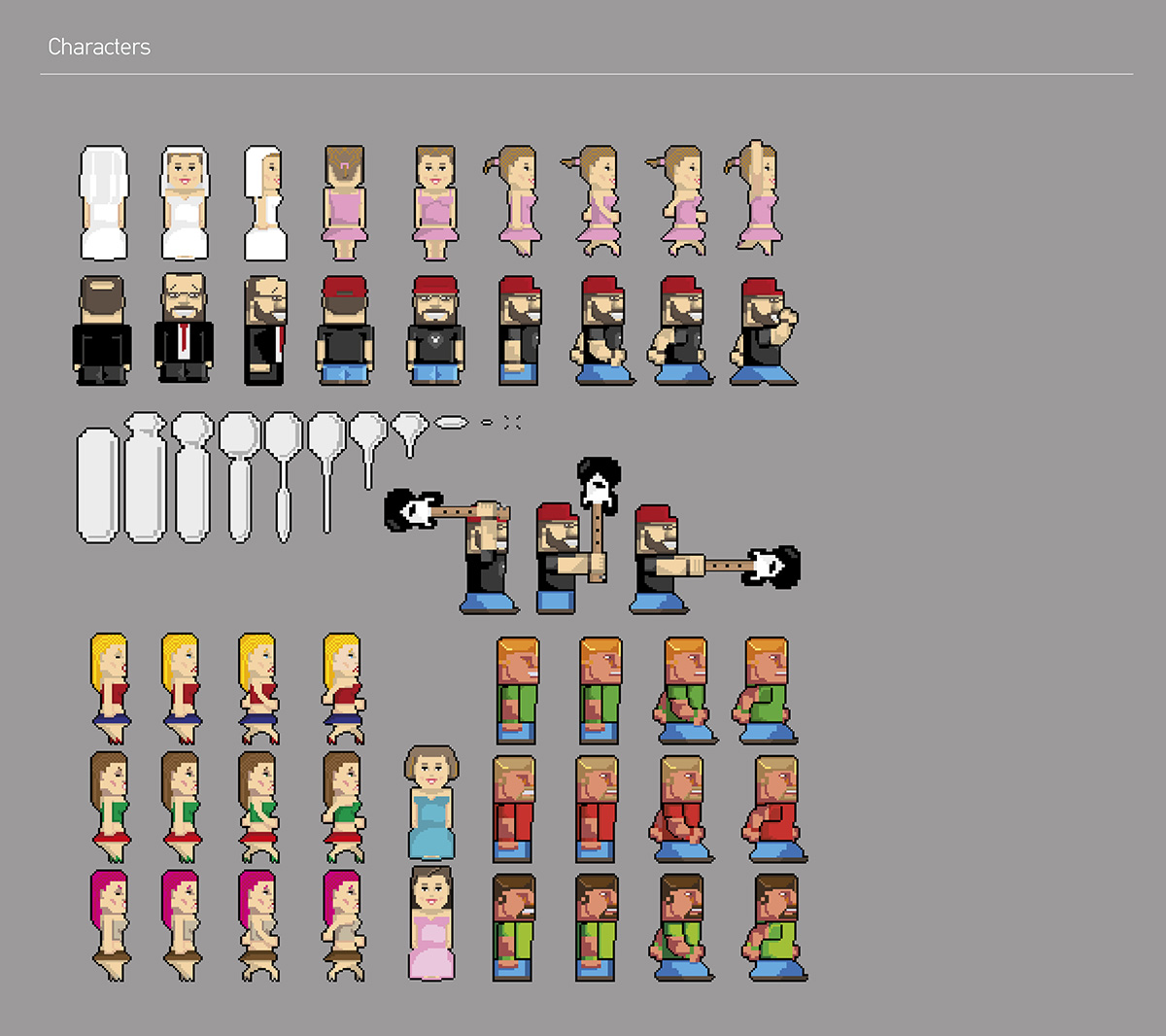 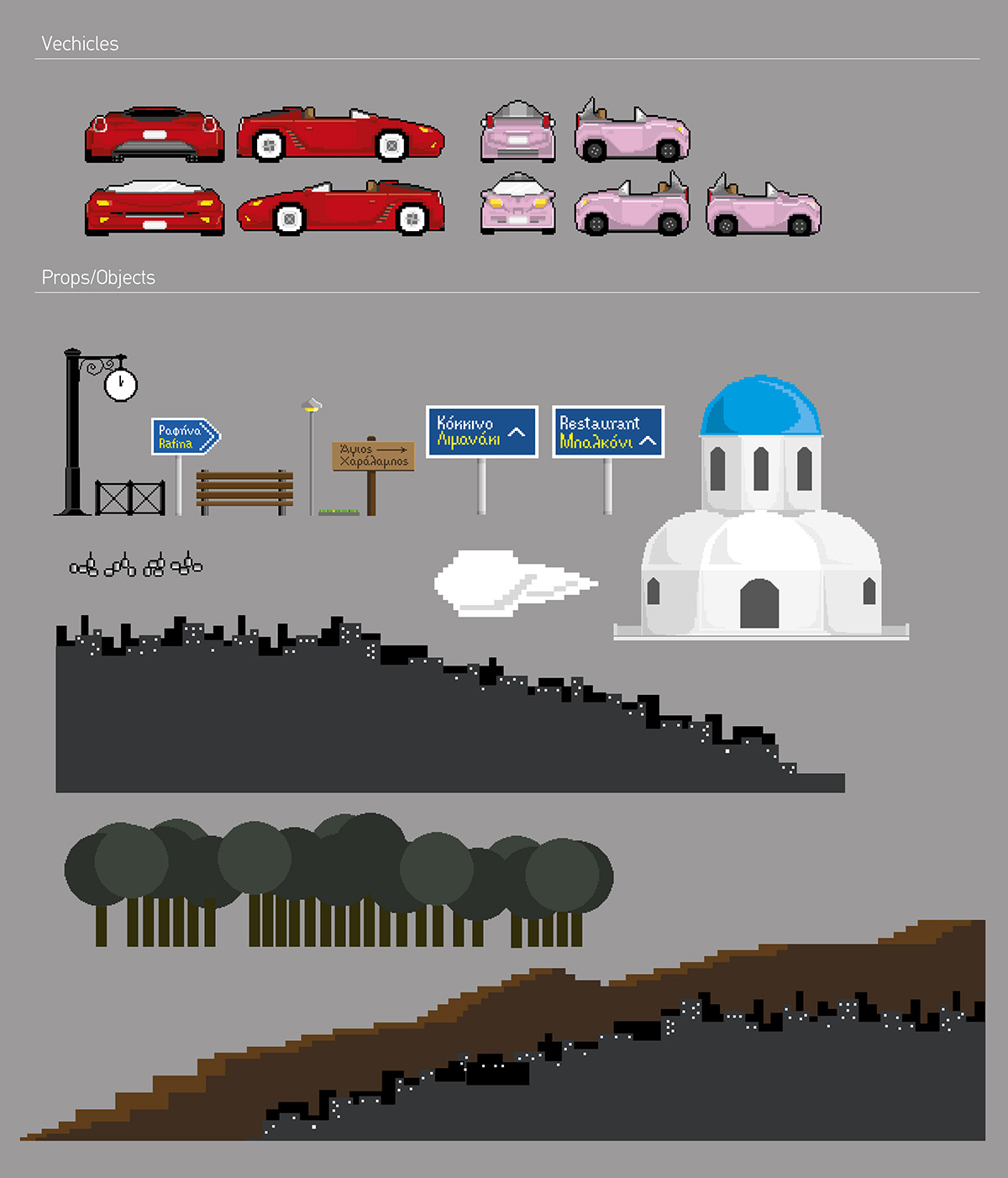 Vehicles and other props
Back to top